Cypriot Greek in the UK

The Greek Cypriot παροικία [pariˈcia] ‘expatriate community’ is one of the over 200 ethnolinguistic minorities that compose the UK’s diverse population. It is estimated that between 150,000 and 300,000 people living in the UK have a Cypriot background in terms of either being born in Cyprus or being born in the UK to parents born in Cyprus. The number is difficult to confirm, but the large size of the community becomes clear when one considers the entire population of the Republic of Cyprus (838,897 individuals; 2011 census).

The greatest number of the UK’s Greek Cypriots are found in London with smaller communities in other major cities such as Manchester, Birmingham, Bristol and Liverpool. Data from the 2008 Annual School Census on the distribution of different languages spoken by London’s schoolchildren show that the boroughs of Barnet, Camden, Enfield, Haringey, and Islington in the north of the capital’s metropolitan area have the highest concentration of Greek speakers. 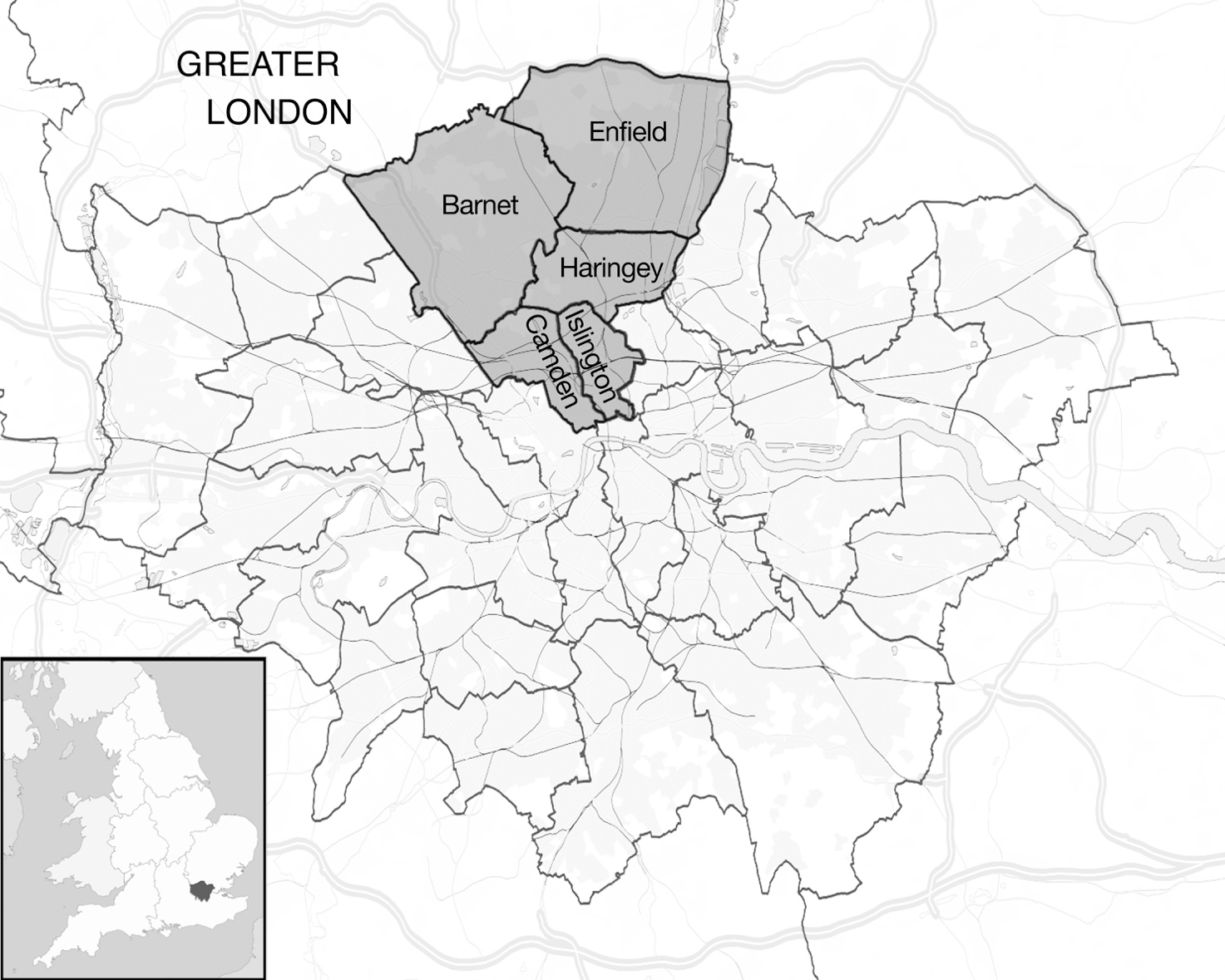 Standard Greek
Knowledge of Standard Greek is gained through formal education, participation in the public life of the community, and exposure to media from Cyprus and Greece. Depending on the type and amount of schooling they received in Cyprus before migrating, first-generation speakers will have been exposed to Standard Greek either from the onset of their schooling or, if they did not attend school in Cyprus, from their late adolescent and adult years.

For second- and third-generation speakers, exposure to the standard language normally starts when they begin attending one of the Greek complementary schools that operate in the UK, teaching Greek language, history, geography and folk tradition (mainly song and dance) to children with a Greek Cypriot background.

Cypriot Greek
Cypriot Greek as it is spoken in the UK presents a very interesting combination of linguistic features:

As early as 1990, Natia Anaxagorou identified a “process of abandonment that is underway among the second generation”, which in her view “leaves no space for optimism about the maintenance of the Cypriot dialect in the third and fourth generations”. The quantitative evidence that Andreas Papapavlou and Pavlos Pavlou provided ten years later confirmed Anaxagorou’s observation.

Papapavlou and Pavlou found that UK-born adolescents speak Cypriot Greek mainly with their grandparents, most probably as a matter of necessity as they are very likely to have little or even no knowledge of English. When communicating with younger members of their family who were either born in the UK and are therefore dominant, if not monolingual, in English or who were born in Cyprus and migrated to the UK for employment and can be assumed to be competent users of the language, the same speakers reported using English predominantly and, in certain cases such as with siblings and friends, almost categorically: 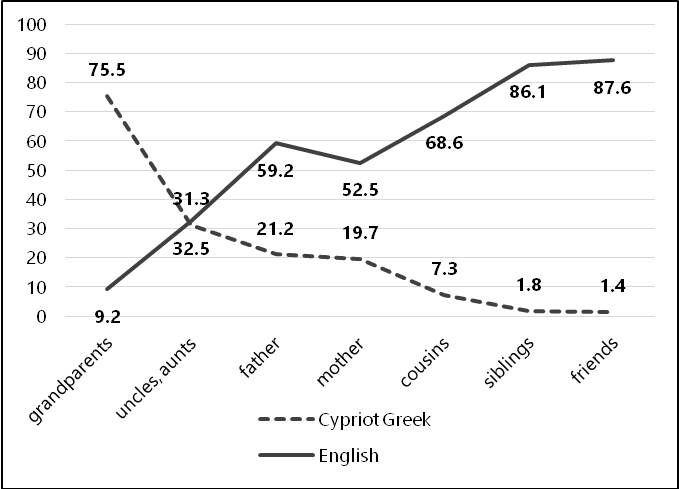 Percentages of use of Cypriot Greek and English by 12–18 year olds (second and third-generations) in London with respect to different family members and friends. Data from Papapavlou and Pavlou (2001).

Given that the majority context of the UK is unlikely to change, it is only through coordinated and thoughtful efforts to change the position and value Cypriot Greek has within the diasporic community itself that the apparent decline in its use could be halted and possibly also reversed.